The Awakening Has Begun

The Awakening Has Begun

The rain poured as it crashed with tress and splashed the ground, the breeze moved the the raindrops as it created a spectacular rain storm. The village of Takigakure was as quiet and as peaceful as it ever could get, as the waterfall poured the current down into the lake that travel threw out the village and into the ocean. Birds hid in there nests and deers found hide outside near small caves and bears slumbered threw the rain, the clouds cover the blue sky making it seem as if it becoming nighttime. His steps echoed threw the cave as bats moved from the spot and relocated in another location within the cave. His eyes scanned his surrounding as he spoke no words like a mute man his finger touching the rock formation that was the inside of the cave as small droplets of rain dripped within it. He walked towards the back until reaching a dead end, he then pushed in a small rock that stood out within the wall of boulders, as a giant boulder to his left open up and a passage appeared.

He entered the hall like pathway as the boulder behind him closed up again, he walked a few meters in the hallways wasnt like the cave itself, instead of rocks and dirt this was composed of bricks a true hideout for a man like himself. After a 5 minute walk he reached a room in the shape of an hexagon that reached a 15 feet tall and 25 meters length and width, this hideout was created during the end of the war and was created to hide from enemy invasion then it was used to experiment on shinobies also to hold captives but by the time he got here this place was abandon and all the stuff was gone expect two bed, two tables, racks paper work, a cage, a few human size tubes broken and not functional and some weapons that have been rusted. He walked and looked around as his eyes locked into the stack of papers he made his way towards the table as a wooden chair was next to it, he then sat down and began to look and read the paper work.

"Subjects 001 and 002 have been showing signs of recovery from experience Kekkei Genkai Transmutation, while subject 003 seem to be slowly dying and subject 004 has been dead for a week now, we will continue this experiment until we can find a way to make a normal human posses three Kekkei Genkai. If this successes without any defections we will reach a way to do this to a regular shinobi... imagine to possibly of a an army of shinobies with three Kekkei Genkai no village will stand a chance"

He then looked at other papers and written documents that were laying around. He became intrigued in this experiment, but a file caught his eyes (Experiment Curse Seal Mutation) He open up the file and began to read as his serious face turn into a twisted and malevolent smile. The more he read the more he became invested in this, as he continue reading one paragraph couldnt get off his mind.

"Experiment Curse Seal Mutation has failed several times now, trying to implant two curse seals into one body seems to have several backlashes. While the user can activate one seal nothing dramatically happens other than the obvious of his appearance changing and his characteristic, they can active the other one right after the first one has deactived. The problem is if he tried to activate both at once, this dramatically changes his appearance and characteristic but even more he cant be on this form for more than 5 mins, 6-10 mins hes chakra jumped between a large amount and a small amount, 11-15 minutes he beggings to release chakra from every opening in his body, even threw the pours of his skin, 16-20 minutes the mark deactived and the user dies Immediately"

He puts the document back as he smiles an evil smile "Well Well, looks like I found something to do at the mean time" He said as he exited the room and the cave. The water fell down the waterfall as it hid the cave behind it, Hagane made his way towards the top of the waterfall as he looked down at Takigaure. 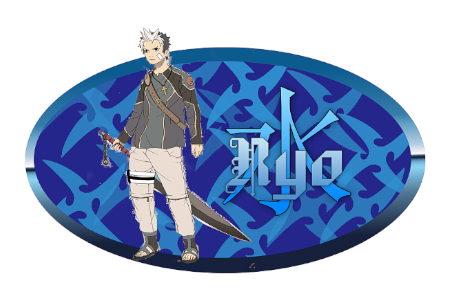 Return to “The Steep Cliffs”