Thought I'd continue to share my pictures with you guys, if that's alright. Feel free to comment and stuff, but if you intend to, do me a favor and comment on the pics on my Dev! Maybe even favorite them if you really like them. =D (Most of the images should link straight there (the ones that don't I haven't uploaded there yet).)

I'll start with the good TNRPG stuff. There's a lot of memories for me in these images. ;_;
I wrote a lot more about these images on my Patreon. I intend to copy most of those texts over to my dev posts on them at some point, but atm I'm busy getting some other stuff done and set up. Masaki! My first character that some of you know well. =) I miss him. =( Masaki's second avatar, derived from the full image above. 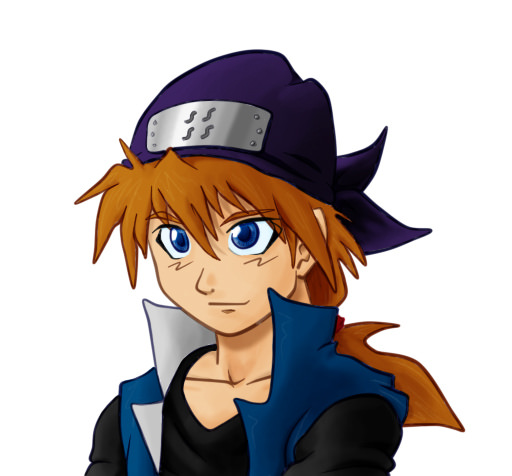 The original image I used for Masaki's first avatar. This was him as a fresh genin. My approval stamp that I made when I first became a moderator.

And the accompanying denial stamp. Basically taught myself how to make a gif.

Masaki's avatar as a Chuunin.

An image I painted for Polaxican's character, Kajiya, for when he became a Chuunin alongside Masaki. A sketch I did to illustrate the look of Kajiya's Dance of the Iron Man Technique.

Also designed Polaxican's Mangekyou Sharingan for Hokuai, and made an animated gif out of it.

My only alt was Setsuko, and this was the animated avatar I made for him. My very first character was supposed to be this guy, Yuudai. But the site was pretty sloppy back then, and so I never got to play him. Probably for the best. It was a time where the commitment wouldn't have worked out, if the evidence of my following character is any indication. 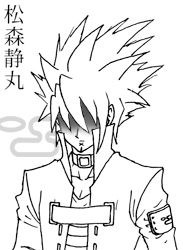 The first character I actually got to play was this guy, Shizumaru. This was a quick placeholder avatar I did for him, but that's him. Commission I did for Seto. The background is more or less of the current look for Konoha on the site, featuring the great tree motif carved in relief in the great mountain where the Hokage's faces once were. A detail not quite present is the carving of the Hokage's names in the trunk, as there wasn't any sort of up to date list, but it may be a detail I might attempt to add in the future.
Strength: Average (minor disadvantage due to spine)
Constitution: Average (minor disadvantage due to spine)
Stamina: Poor
Agility: Average
Dexterity: Average (Proficient w/ drawing, minor advantage w/ gaming)
Wisdom: Proficient (Legendary w/ Ninjutsu)

If any of my fellow WoW players are interested, I'm doing a promotion in honor of BFA (and to justify my purchase of it lol). I'm offering WoW Colored Sketch Portraits for $20. My forever main and first character, Borothor. Here is preparing to set sail for Kul Tiras, in spite of his growing weariness for war. Is Thrall. Promotion for my special offer above~ Not Warcraft-related, but a recent image of my fantasy character, Lee. A main part of a story I've had in my head for a long time. A character I made for DnD that I never actually got to use. This is the dwarven pirate, Grehim Blackstone. The other thing I did for Grehim was make this which I intended to use as a paper mini for him. I'll leave you last with an old lineart of Borothor. Technically also not WoW-related, as this is a version of him from my story (the one with Lee), but he's inescapably a Warcraft-inspired character~
Strength: Average (minor disadvantage due to spine)
Constitution: Average (minor disadvantage due to spine)
Stamina: Poor
Agility: Average
Dexterity: Average (Proficient w/ drawing, minor advantage w/ gaming)
Wisdom: Proficient (Legendary w/ Ninjutsu)

Let's do some Naruto updates.

But before that, let me make you guys aware of my updated Commission page. I've got some new offers on there and lower prices on full color pieces as I'm looking to get busier. 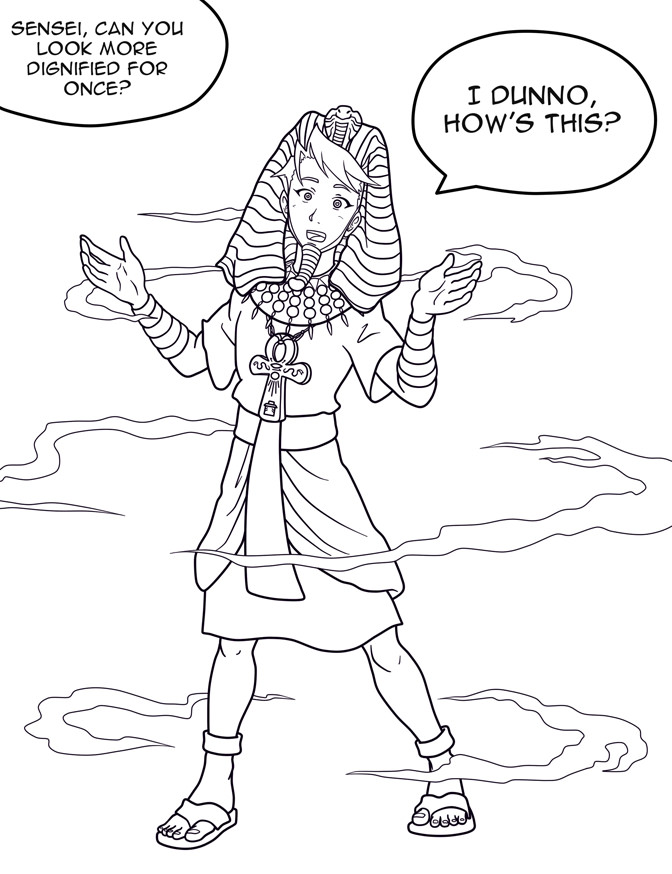 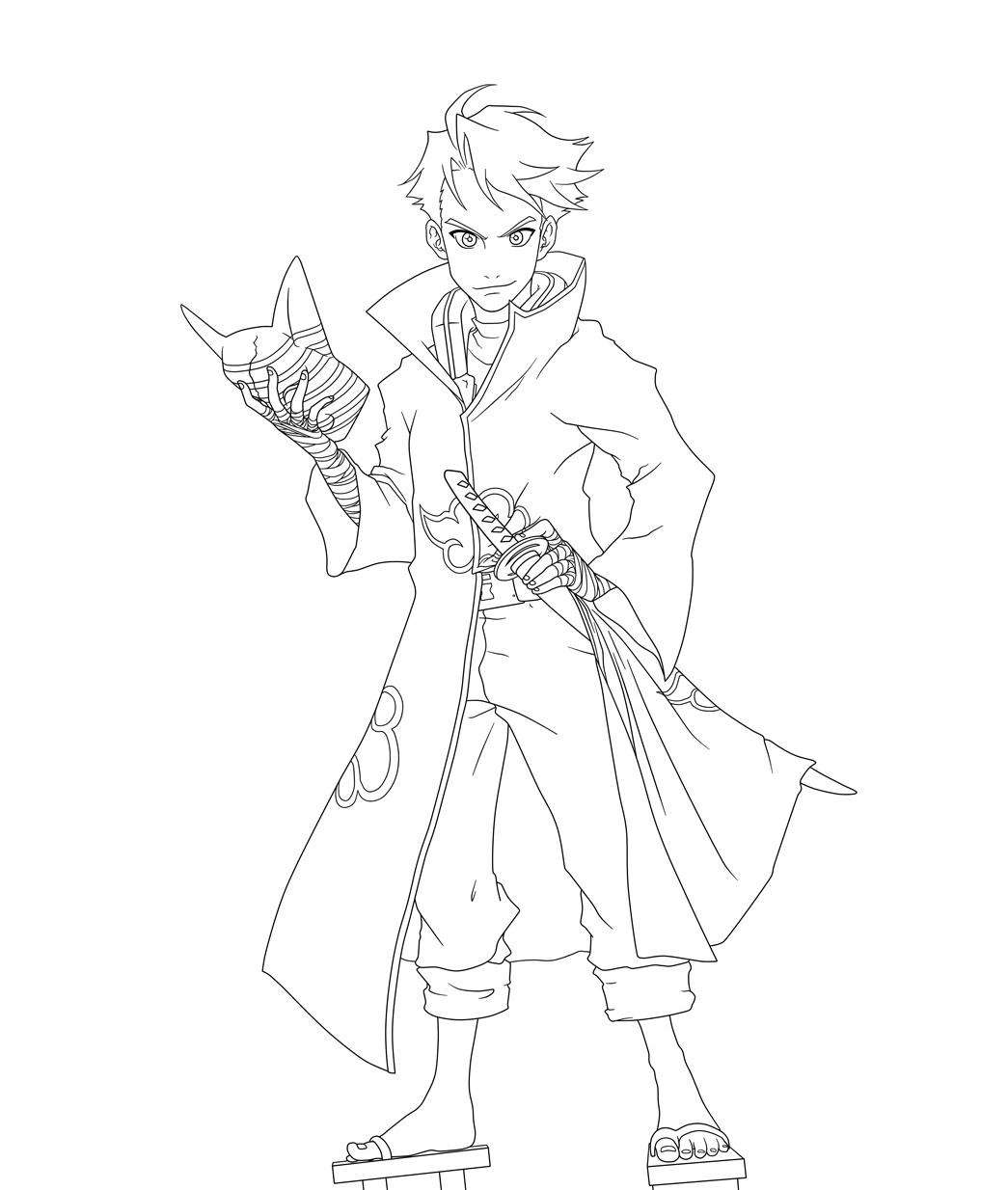 Lineart of Shingen when he reformed the Akatsuki. Part of my original sketch of Shingen for Patreon. I didn't design him, but I did get to do a bunch of fun sketches of him that I have posted over there. The Deviantart image links are wonky right now (super long URLs which isn't what they usually are - guessing transitional URLs for whatever reason), so if you look at this page and the images aren't showing up, send me a message on discord (or tell staff) so I can fix them. Thanks~ 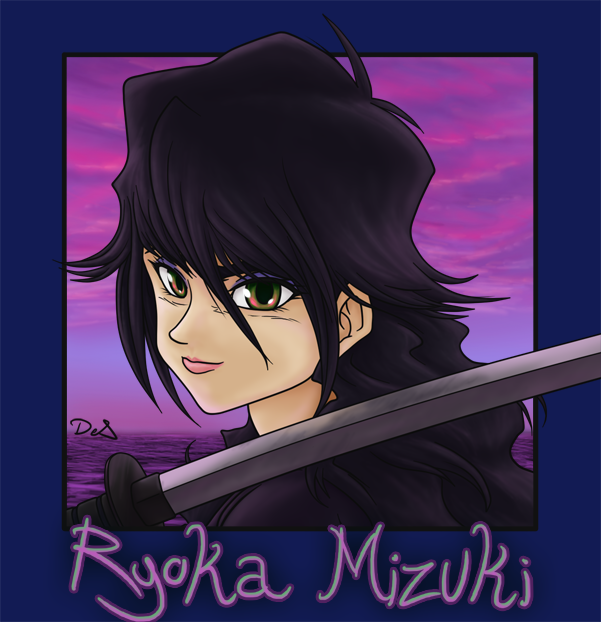 Headshot for Ryoka! One of my most recent images. 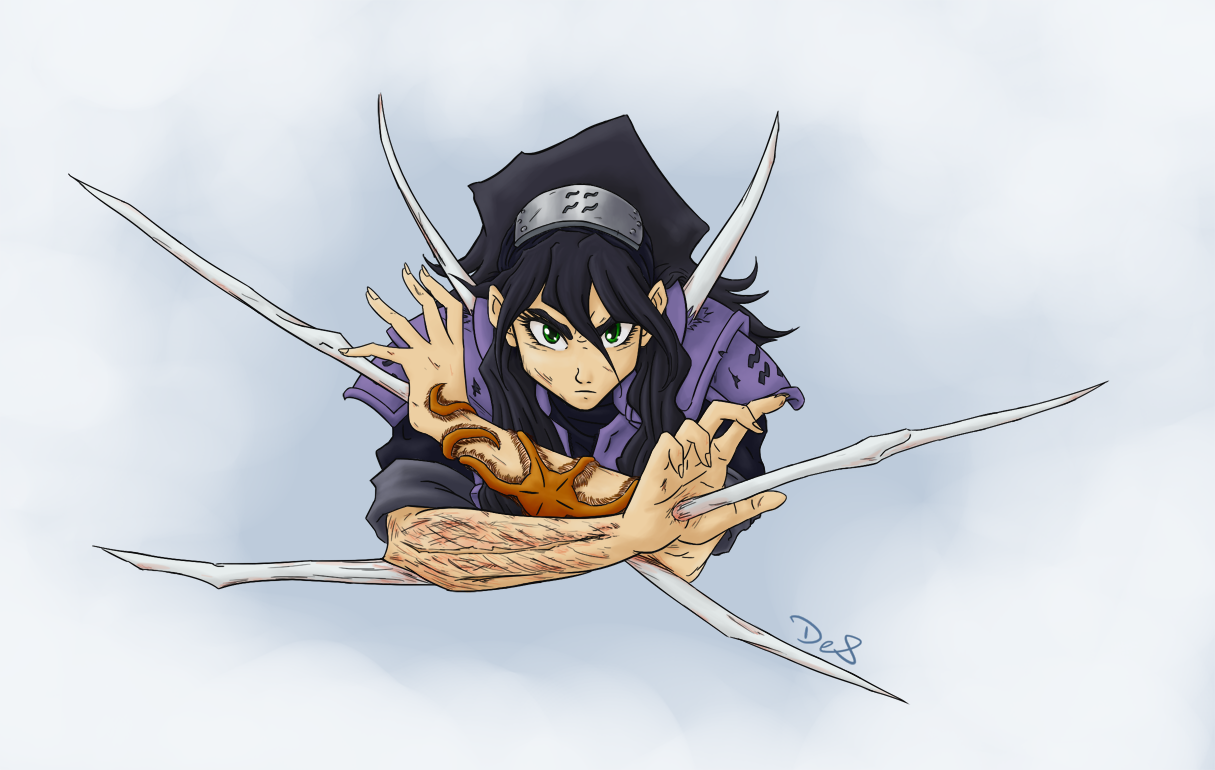 Ryoka using Dance of the Willow. A colored sketch I did for her on Patreon a while back. 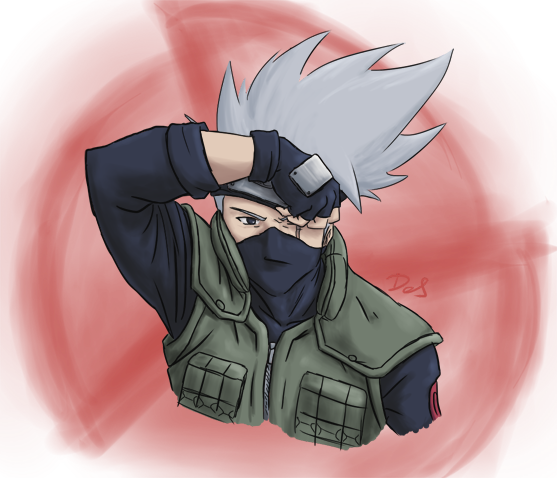 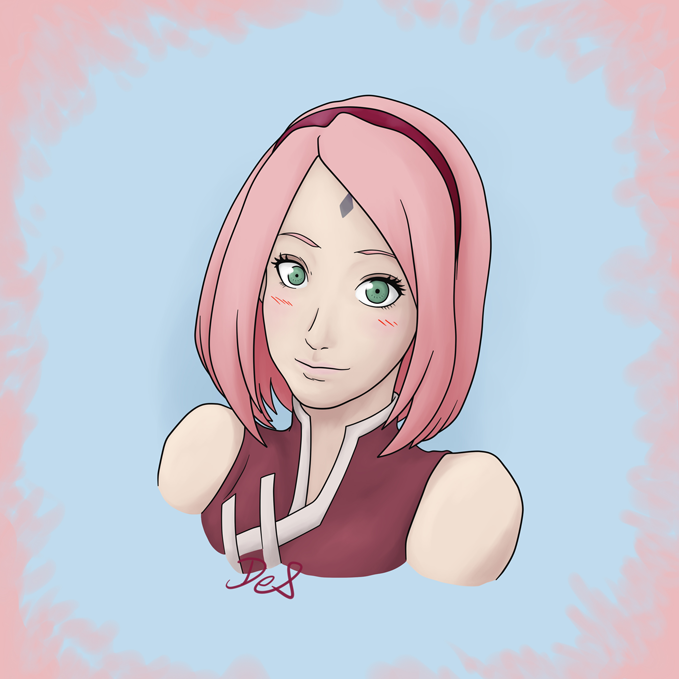 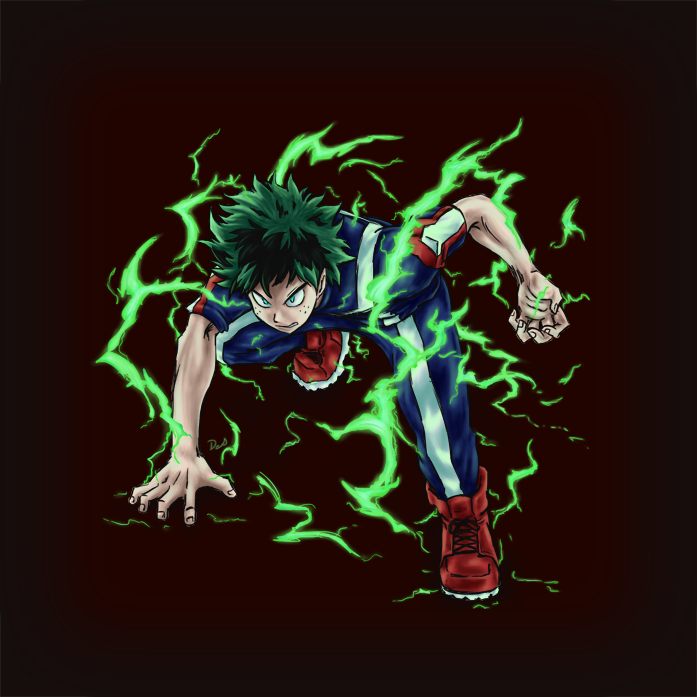