The Land of Snow (雪の国, Yuki no Kuni) is known for its rather cold climate with winter covering the land in snow and ice year round. The landscape is dominated by snowy mountains with tall glaciers making parts of the coastline inaccessible from the sea.
Post Reply
1 post • Page 1 of 1

This topic will be where the three Ootsutsuki will make their global posts. Please make any replies to this topic in separate threads. You can post as often as you'd like, but the Ootsutsuki will reply every 48 hours, giving you a new challenge to grapple with in your own topics. You can join topics with your friends, or make topics by yourselves. See the Christmas Mini-Patch post for more specific details. Have fun!
Bringer of War 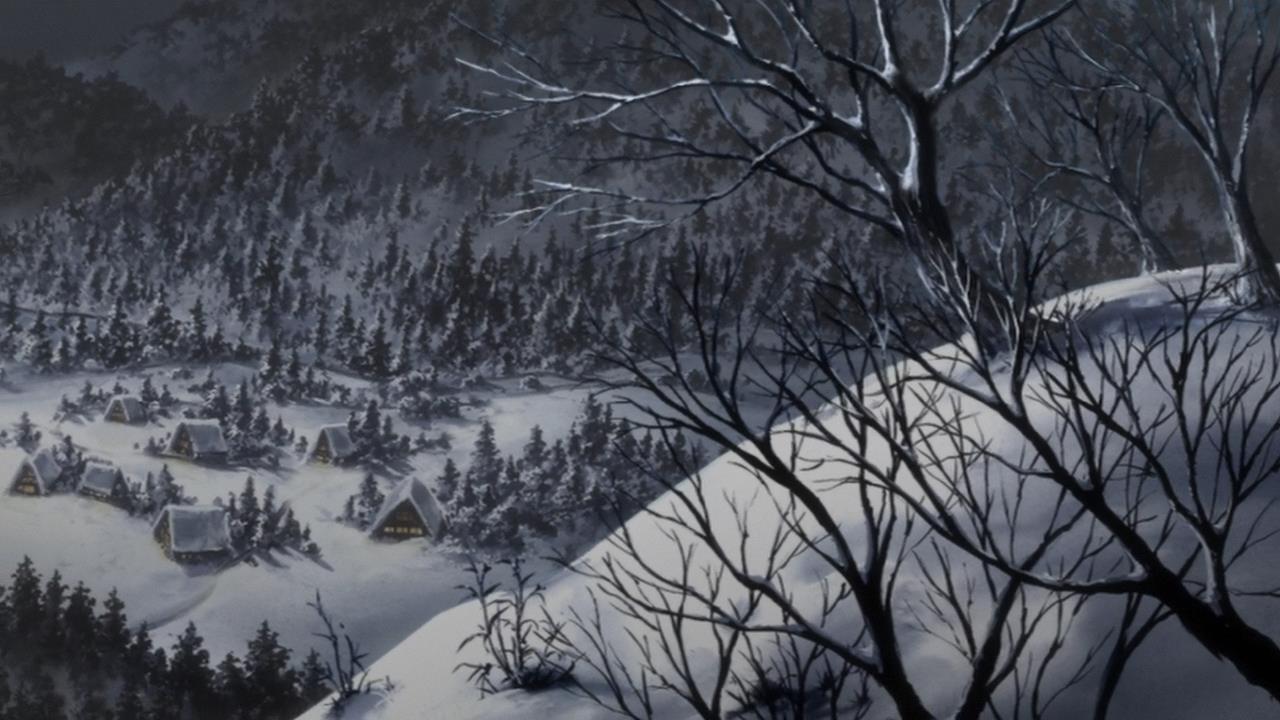 The night sky was awash with color; the blues, greens, and purples of the aurora glimmered across the black sky like gemstone through earthen veins. The serenity of the valley below, teeming with wildlife, was a picturesque scene. A river ran through the center of the valley, with trees and light forest on either side, and a ring of mountains surrounding it. Sparsely populated as the Land of Snow was, it seemed as if it were almost untouched by mankind. A small village, living close proximity to nature, was the only settlement in the valley.

But it was not as empty as it seemed. For a fortnight, the country had been contracting shinobi from across the world to patrol the little valley. Something unique had happened there. Something that had not happened in centuries. A strange plant had begun to grow in the center of the forest. In only a few days it dwarfed the trees in size; the spire of the plant was a yet-to-bloom flower, promising an ancient fruit that had only beforehand been spoken of in quiet whispers. Immune to any method of attack, it was only a matter of time until other legends came to pass. For, it had always been said, that there would be those who came to collect these fruits. Beings of immense and terrible power, with a callous disregard for human life. To them, nothing mattered, except acquiring the fruit.

That is why their entrance was apocalyptic. The beautiful aurora above was scattered like mist by a burning, red-hot rock that dominated the sky with its sheer size. As if from nothingness, a colossal meteor pressing down towards the valley. It was large enough to bury the entire valley with its size alone, let alone the shockwave and force of impact. Collateral did not matter - the plant and its fruit would survive. Better to be rid of any possible complications by clearing out the land ahead of time.

Three beings there were; pale skinned Ootsutsuki, lunar denizens, multiverse travelers, come to claim their prize. The first was a large, burly man. Ten feet tall, and thick with muscle. Red, ringed eyes and large horns adorned an angular face, and with his muscle alone, he pushed the meteor down towards the planet. Beside him, a thin, pale woman. She had long, spindly black hair that seemed as if it were made of overlapping geometric shapes and pieces, and concentric rings in her blue eyes. She had been the one to bring forth the meteor. Last, there was a winged one. medium of build with golden ringed eyes and four feathered wings. They did not lift a finger; leader of the three, they watched, a passive gaze upon their countenance. All were clad in traditional robes, one of red, one of blue, and one of gold.

With a roar heard 'round the world, the horned Ootsutsuki gave the meteor a final shove, the massive rock igniting as it hurtled down to the valley. With a soft, nearly silent chuckle, a series of square, blue portals opened up in the sky. From them, a series of black, eyeless, winged monsters with their faces dominated by massive, gnashing mouths, flew forth towards the valley. Most of them would die if the meteor impacted, of course, but the survivors would be all-too-keen to hunt down any other survivors.


A massive meteor plummets towards the valley! You have two choices: destroy it or survive it. Of course, if you destroy it, you'll have to worry about smaller meteor fragments. If you survive it, you'll have the winged beasts to deal with.
Top
Post Reply
1 post • Page 1 of 1

Return to “The Land of Snow”